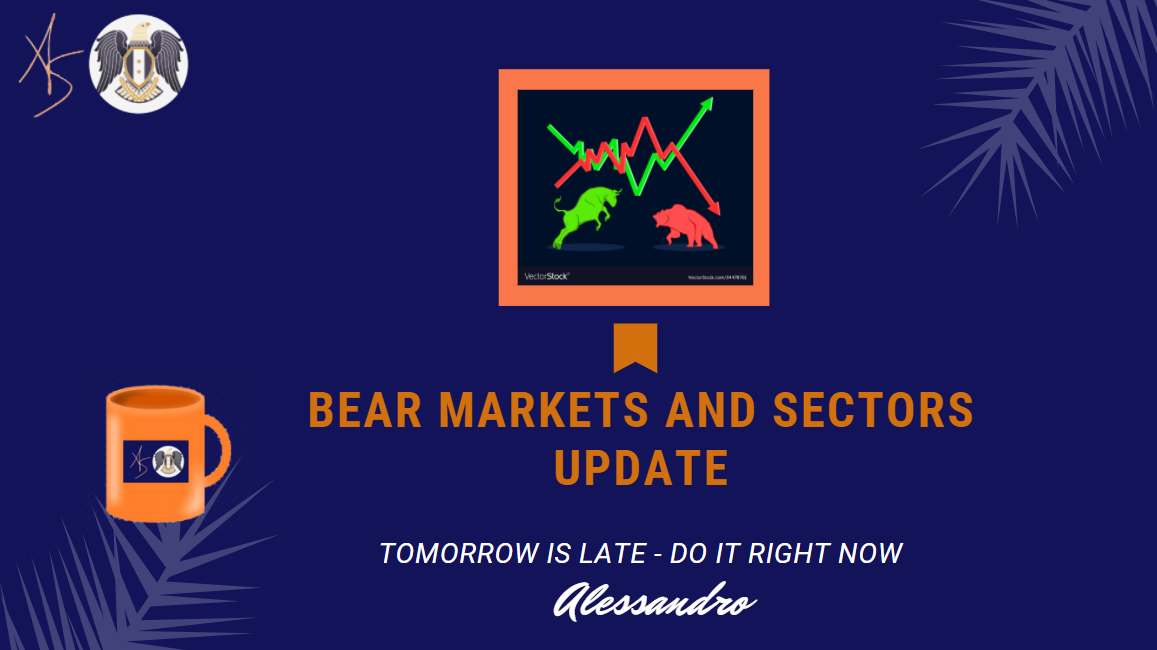 I’ve read more than 50 books on value investing and business in general and what I understand from them is that you can do the big deals mainly during the bear markets.

Because during the bear markets we have high volatility in the markets and when there is high volatility usually it follows to create discrepancies between price and value in determined sectors/business and stocks.

And if you have the patience, the skill, the mindset to study and interpret well the bear markets, you can have a great probability to make great deal in the markets.

This year has seen no shortage of market swings, with the S&P 500 down over -20% year-to-date.

However, given the absence of structural imbalances, we believe current market volatility is more in line with a cyclical bear market than a potentially deeper and longer structural bear market.

They distinguish between bear market rallies, as we experienced this summer, and the start of a new bull market.

As such, they believe that not all bear markets are created equally, and that understanding the current bear market can inform the timing and magnitude of the recovery. Let’s try to understand what it means each of one

have the deepest, most prolonged declines, averaging around -60% over the course of three years and taking up to a decade to fully recover.

What distinguishes a structural bear market from a cyclical one is the presence of meaningful financial imbalances, which we do not see as a risk today.

tend to fall about -30% at their maximum drawdown and last an average of two years, taking about five years to fully recover.

These tend to be associated with the economic cycle and monetary policy tightening.

are the shortest in duration and are typically triggered by an exogenous shock, such as the onset of the COVID-19 pandemic.

An average decline for event-driven bear markets is about -30%, and we typically do not see a prolonged recession as a result. Higher Rates May Hurt the Economy More Than the Stock Market

Industrial production fell 6%, and unemployment jumped to 7.5% over the subsequent 12 months.

But stocks gained 25%, helped by a plunge in crude prices—a good reminder that the economy is not the market. Discretionary Stocks Could Rebound Well Before Earnings Do

Historically, the sector’s earnings slumps have tended to last about a year, and its stocks have started recovering an average of nine months before then.

Based on these precedents, discretionary may already have bottomed.

Financials’ relative valuations are extremely low versus their history.

In the past, the cheaper the sector’s valuation compared with the rest of the market, the better its average relative performance the following year.

When financials have been in their cheapest quartile, they’ve outperformed the market by 5% over the next 12 months, on average.

In the bear market rally this past summer, markets reflected growing confidence that inflation and interest rates were peaking, but unfortunately, we haven’t seen this in the markets.

History suggests that when the Federal Reserve (Fed) is the cause of a correction, it is often also the cure that enables the recovery.

Core inflation and rates have not come down convincingly.

And valuation/investor positioning have not yet reflected market capitulation.

The S&P 500® has tended to advance after big jumps in this indicator, likely because higher real incomes boost spending power.

Consumer discretionary stocks have outperformed the market over the next 12 months 83% of the time, compared with just 28% for consumer staples. This material has been prepared for informational purposes only.