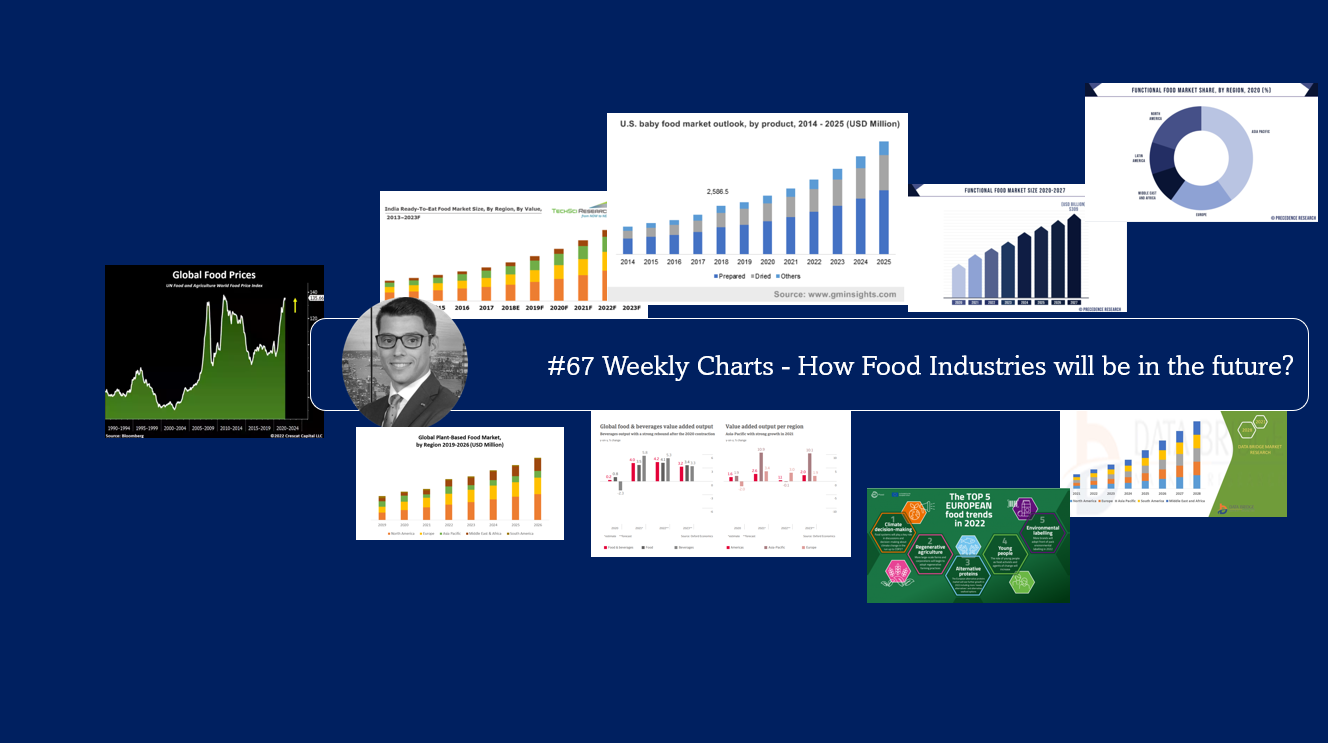 How Food Industries will be in the future? Global food prices are surging and starting to drastically increase the cost of living for the bottom 50%.

Employing over 4.5 million people and accounting for 290,000 small to medium enterprises (SMEs), the food and drinks industry is one of the largest manufacturing sectors in the EU. As the industry continues to grow and the need to find solutions to food system challenges increases, what are the influences driving the transition of the food system to be healthier and more sustainable?

From policy and legislation to consumer trends and market growth, we have combined insights from the EIT Food community and key food system stakeholders to collate our top 5 food trends for Europe in 2022: As part of our food trends predictions for 2021, we stated that the alternative proteins market would continue to gain ground with consumers. This is likely to persist in 2022, with both existing and new players in the space working to perfect the ‘meatiness’ of alternative proteins to appeal to a wider range of consumers, such as those who may not consider themselves vegetarian, flexitarian or vegan. This will result in more meat alternatives on supermarket shelves and restaurant menus. It doesn’t matter if consumers are vegan or not, but what matters is if the alternatives that are available taste good, cook well, are genuinely cheaper and make it to market quicker. If we get to a place where the steak on the shelf that was made in a lab is the same price as the steak that was made from killing a cow, consumers will switch. Therefore, the cultivated meat industry is likely to be a key player in solving this problem. The rise of youth activism has seen widespread attention in recent years, and the food system is no exception in this. Young people are calling for change with how food is produced and consumed in Europe and they are demanding a seat at the decision-making table. Positive outlook on food &beverage industry, especially in Brazil, Russia, India, China and South Africa (BRICS) predicted to continue to drive the market over the upcoming timeframe. Rising domestic consumption of food &beverages because of new product launches, the expansion of retail network, and population growth expected to influence the market growth in BRICS.

In addition, regulatory support for assisting Foreign Direct Investments (FDI) at domestic level in BRICS owing to political change particularly in China and India aimed at improving the manufacturing output in the countries and expected to intensify the growth of the market.

The Asia Pacific encountered as the largest markets for functional food and accounted for more than 40% of the total value share in the year 2019. The prominent growth of the region was mainly due to the rising disposable income coupled with burgeoning population. Rapid growth in the consumption of processed food together with rising awareness pertaining to fitness & health in the developing countries are the prime factors that drive the market growth. Furthermore, the region is categorized by increasing concern for food safety among consumers that subsequently drives the growth of the region. Food fortification expected to be the prime focus of the government to fight against the increasing concerns of poverty and malnutrition. Baby Food Market size will exceed USD 33 billion by 2025; according to a new research report by Global Market Insights.

The baby food industry is highly regulated, right from ingredients to its packaging and labelling. As the industry is increasingly globalized, the need for guidance, monitoring and regulation is growing. There are standards and guidelines for canned food for babies, processed cereal-based foods for babies, hygiene practice for children and infant foods and complimentary foods for infants and children.

The standards set by each country may differ for baby food, for example, it may differ on ingredients in infant nutrition such as carbohydrates, fats, minerals, vitamins, etc. percentage of pesticide residue in food, etc. Also, every product needs to be pathogen free.