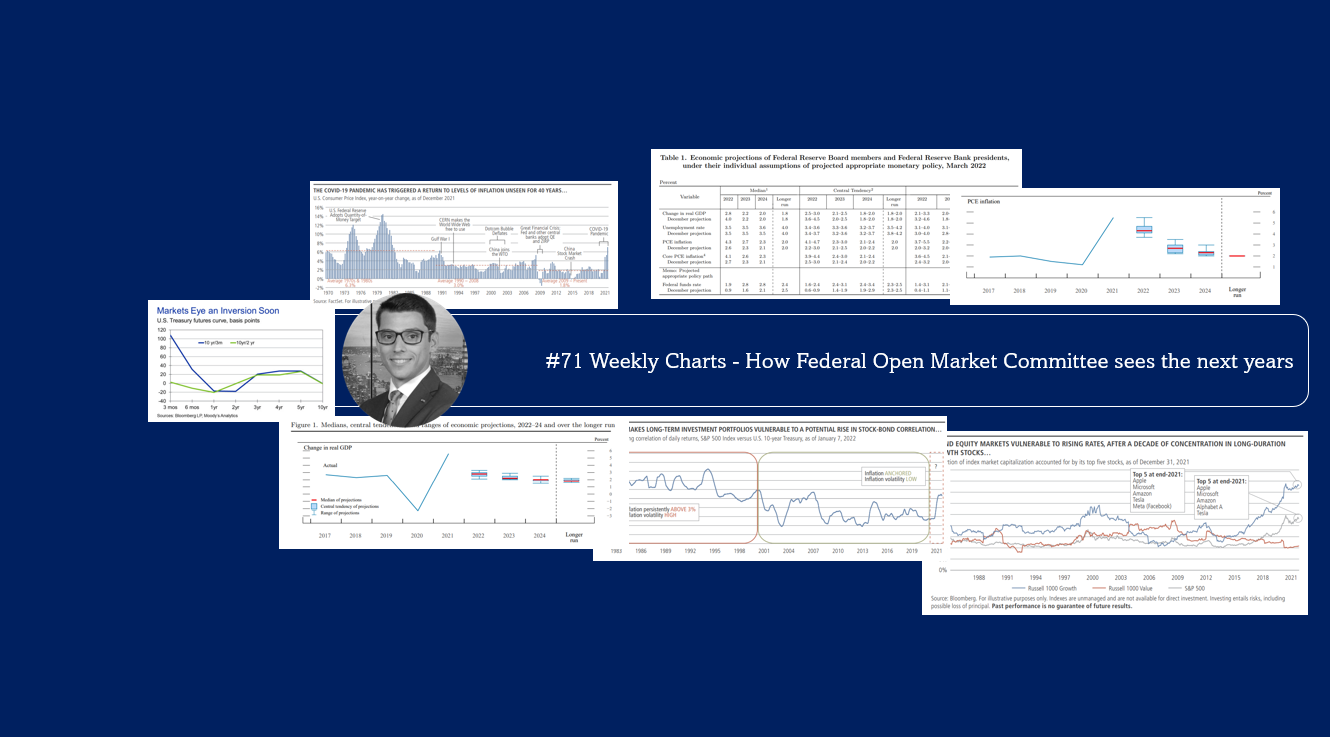 How Federal Open Market Committee sees the next years

In modern industrial economies, moderate inflation is considered a good thing. It incentivizes consumption and investment in productive capacity, which stimulates broader economic activity. During economic slowdowns, it enables central banks to cut interest rates below the rate of inflation without having to go all the way to zero.

By contrast, low inflation and deflation can be symptoms of an economy in poor health, reflecting subdued consumer demand and underutilized capacity. At the other extreme, persistent high inflation raises costs for businesses and consumers, and can ultimately lead to widespread corporate failure and economic hardship – threatening a vicious cycle as investment in productive capacity is increasingly withdrawn.

That ideal of moderate inflation is helpful for understanding policy responses to inflation over the past 40 years.

Monetary authorities brought the high inflation of the 1970s under control by aggressively raising policy rates. This set off 40 years of disinflation, pushed lower by the technological advances of the internet age and the absorption of the labor forces of China and other emerging nations into the global trading community.

When inflation tipped into negative territory during the Great Financial Crisis of 2008 – 09, fiscal and monetary authorities intervened in the opposite direction, with large economic rescue packages, zero and even negative policy rates, and quantitative easing. They were preparing to withdraw these measures when the coronavirus pandemic compelled them to return to them more aggressively than ever.

The 2020 lockdowns were initially disinflationary. Consumers saved at unprecedented rates. The impetus quickly turned inflationary, however, as governments supported exposed businesses and workers. Reassured consumers began to spend before many factory workers, farm workers, ship crews, lorry drivers and shop assistants had returned to their jobs.

Even in the aftermath of war, it is rare for such fragmented and under-resourced supply chains to be met with such a wave of pent-up demand. Across Europe and the U.S., inflation hit levels unseen since the 1980s. The Bank of England (BoE) has already started raising interest rates, the U.S. Federal Reserve (Fed) has adopted a much more hawkish tone, and as Eurozone unemployment and inflation hit their lowest and highest levels, respectively, in the era of the single currency, the European Central Bank (ECB) has followed suit.

Longer-dated bond markets may have started to adjust in 2022, but they are still not priced for structurally higher inflation. While they were as low as -1% at the beginning of the year, U.S. real yields remain negative and have only recently pushed above -0.5% at 10 years, for example.

We think the Fed aims to get real yields back to zero, which would require a further decline in inflation expectations, a further rise in nominal long-dated yields, or both. The Fed’s messaging on tighter policy has so far flattened the yield curve, however, as long-dated yields have risen slower than short-dated yields. We suspect investors are still not ready to recognize that we have hit an inflection point, or acknowledge the structural inflationary forces we see at work.

“Markets have not priced for persistent long-term inflation: they are more focused on the potential downward trajectory through 2022 and 2023. But we think inflation will be structurally higher than we’ve become used to over the past 20 years.” Brad Tank, CIO—Fixed Income

That leaves financial markets vulnerable, in our view. A decade of slow global growth, zero interest rate policies, quantitative easing and the subsequent search for growth and yield left us with unique, and uniquely fragile, market dynamics:

The volatility that has opened 2022 has begun to reflect this market fragility, as well as the potential for a less favorable growth inflation mix than we have faced over much of the past 20 years. We believe that volatility is likely to persist for the foreseeable future.

We would argue that seeking out inflation-sensitive assets today is not only about the desirability of the inflation exposure itself, but about the broader objective of portfolio diversification: we believe many investors could be lacking sufficient inflation exposure after experiencing such a long period of stable prices. Moreover, such a major economic inflection, combined with such fragile markets, is likely to be characterized by heightened market volatility—as we have seen already this year.

While there are reasons to be skeptical about the message that comes from the U.S. yield curve, we nevertheless wanted to gauge the potential risk of a psychological impact of the yield curve inverting before a recession.

If the inversion in the yield curve affects the collective psyche, causing a reinforcing negative cycle, then the risk of a recession would increase noticeably. This is a nontrivial risk. One common theme is that correlations between the yield curve and confidence strengthen noticeably after a recession starts rather than when the curve inverts. The Economic projections of the Federal Reserve Board shows what we can expect for the next years and how they did change in upward the valuations from December to March the PCE Inflation in 2022, 2023 & 2024.

And finally is a must to monitor even the yield curve that we’re witnessing in this period on the US Treasury.