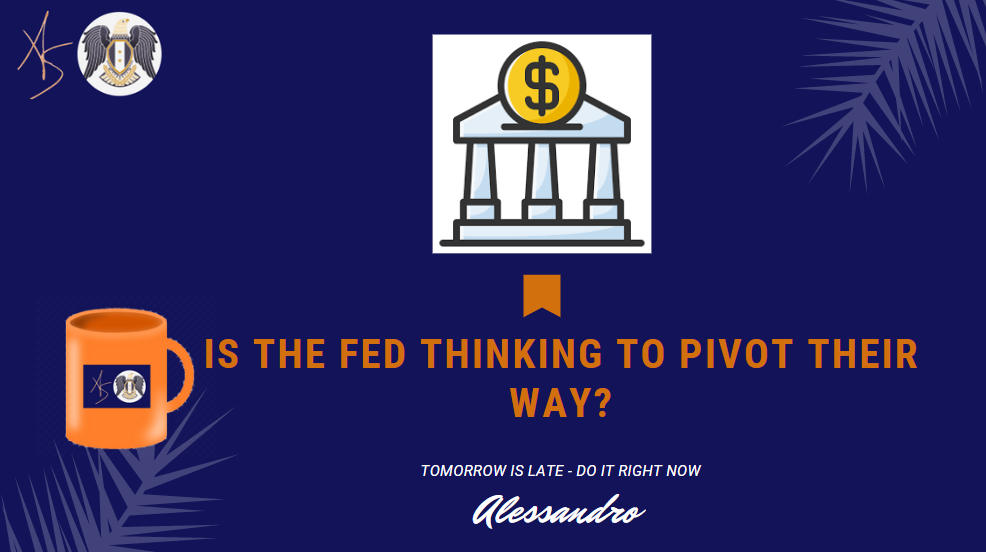 The Federal Reserve continues to promise it will keep up the race against inflation until it crosses the finish line by bringing core inflation down to 2%. Based on the most recent estimates in its Summary of Economic Projections, the Fed sees the federal funds rate moving up to the 4.5% to 4.75% range by early 2023. However, in recent weeks the possibility of a more serious accident has emerged—the risk that the Fed’s aggressive tightening will not just tip the U.S. into recession, but potentially de-stabilize the financial system in the process. Volatility has spiked up in a range of markets from currencies to bonds, raising concerns about the ability of the global economy to cope with sharply higher U.S. interest rates.

If these trends continue, the Fed may end up moderating its pace of tightening and slow the pace of its quantitative tightening program, which is reducing the Fed’s balance sheet holdings.

The Fed was late to start tightening, allowing inflation to rise, but has made up for lost time since its initial rate hike in March 2022. Federal funds rate has moved up by 300 basis points1 at an accelerating pace.

US is exporting inflation

The troubling development in recent weeks is the spike in volatility across many financial markets. Dollar has surged to new all-time highs on a trade-weighted basis, driven by a combination of relatively high U.S. yields and demand for perceived safe haven assets amid global political turmoil. A strong dollar helps hold down U.S. inflation by making imports less expensive, because each dollar can buy more goods, and it slows growth by making U.S. exports less competitive.

In that way, the dollar tends to “export inflation” to trading partners.

Paying the price of the war

Survey-based indicators are particularly weak. Business survey indicators point to stagnating output in many economies, while consumer confidence has fallen to strikingly low levels in most advanced economies. The OECD Composite Leading Indicator for the OECD economies is also now at the lowest level since the global financial crisis, barring a brief drop at the beginning of the pandemic in the spring of 2020.

Labour market conditions are tight almost everywhere. In many OECD economies, unemployment rates are at their lowest levels of the past 20 years, while the ratio of jobseekers to vacancies remains historically low. Nonetheless, the pace of job growth in North America and Europe has slowed, vacancies have begun to decline in some countries, and the reduction in the unemployment rate appears to have bottomed out or even reversed in some countries.

This is likely to involve a period of below-trend growth to help lower resource pressures.

In the euro area, the ECB is facing a challenging environment given the very uncertain outlook but increasingly widespread inflationary pressures.

Fragile stock market is also important to watch as the Fed pushes rates higher. Stock prices are sliding again, down almost 25% from the all-time high at the start of the year. Consumers will reduce their spending by one cent due to a one dollar decline in their stock wealth in the year after the decline in wealth.

$7.5 trillion in lost stock wealth will reduce consumer spending by $75 billion in the coming year, equal to 0.3% of GDP.

This is a meaningful but modest impact, and likely close to what the Fed would like to see in its effort to slow growth and inflation. The Fed needs to tighten monetary policy sufficiently to slow GDP growth to a below-potential pace.

This will rebalance supply and demand in the labor market enough to bring down wage growth, then inflation.

The August Job Openings and Labor Turnover Survey data suggest that the weakness in GDP and heightened concerns about a recession could be cutting into the demand for labor. The economy’s position on the Beveridge curve reflects the state of the business cycle.

Fed’s preferred path toward a soft landing is for the job openings rate to decline without translating into an increase in the unemployment rate, so that the Beveridge curve doesn’t shift out.

Currently, the Beveridge curve has shifted out modestly.

Even minimizing exposure to riskier segments of the markets, such as high-yield and emerging – market bonds, until there are signs that the Fed is ready to slow down its pace of rate hikes.

Don’t expect the Fed to stop hiking rates, Charles Schwab believes a good case can be made that market pressures may force it to slow the pace.

Interest rate increases are needed in most major economies to anchor inflation expectations and ensure that inflation pressures are reduced durably.

If the stock wealth effect is still 2.5 cents, then the slide in stock prices to date would reduce consumer spending by 0.75% of GDP.

For an economy otherwise just skirting recession, this would be enough to push it over the edge.

Of course, the wealth effect will be larger and the recession deeper if the stock market continues to slide.

In a typical recession, stock prices fall by closer to 30% peak to trough.

Per Okun’s law, a 1-percentage point deceleration in GDP growth over the course of a year would trim employment growth by around 800,000 jobs per annum.

This would also increase the unemployment rate by about 0.5 percentage point and shave a few basis points off year-over-year growth in both the consumer price index and PCE deflator.